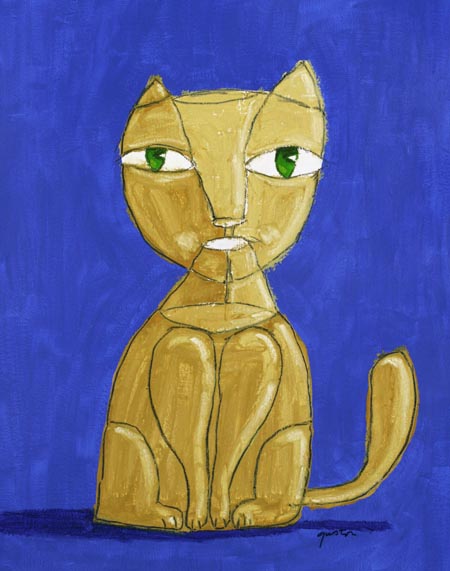 “What did you say? I can’t understand you. You’re mumbling again.
Oh, you want breakfast. Why didn’t you say so, instead of pacing back and forth like that.OK, you don’t have to get all pouty about it. I wish someone would wait on me like I wait on you. I’m really getting tired of it.Yeah, I know you can’t cook. Every day you remind me of it. And another thing, could you please stop making those noises when you eat. It’s irritating.Yes, I know about your condition. Just eat already, while I finish the laundry.OK, once again I can’t hear you. I’m in the laundry room. What? Yes, I fluff dried your precious pillow. You know, the next time you decide to get sick, just maybe be near the toilet like everyone else. This stain is just not coming out.No, I’m certainly not making light of your condition. I’m just saying….Now wait a minute, what’s my mother got to do with this? Well, how could she know you’re allergic to tuna?Why are you looking at me like that? Oh, so now it’s the silent treatment. Look, I’ve just about had it with you. I’m getting out of here for a while.All right, I thought that would get your attention. Where am I going? Where do I always go Tuesday afternoon? The grocery store of course.Oh, don’t start on that again. I did not forget you last week or the week before. OK, smart aleck, here’s the grocery list. What’s the very first item? That’s right, Kibbles! I rest my case!"
Posted by Unknown at 7:48 PM No comments: 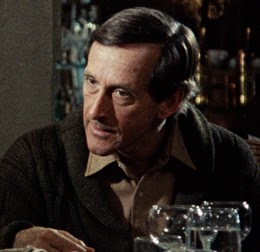 I keep having this recurring dream where I’m in a fascinating conversation with Andre, that great wisdom teacher from the movie My Dinner With Andre. In this episode we’re talking about cats and not those funny snuggly pets we see on Facebook. Andre takes a sip of champagne and leans forward.

“No, I’m talking about cats as these wise spiritual beings who have been sent back to this material dimension.”

“But why and by whom?” I interrupt.

“Well, this is what I think. There are these highly evolved Elders, who are special beings existing in the ethereal dimension and whose sole purpose is to teach us abiding and unconditional love. Their helpers on this mission are cats who are sent back here as messengers
.
Andre glances around and leans in closer. “But here’s the thing. I don’t think they’re as much messengers as they are mirrors.”

Doris and I once had a beautiful rescue tabby we named Chloe. Well, Chloe had this habit of running off every time we let her outside. Hours would pass and we became very anxious. We drove all over the neighborhood, asking everyone if they had seen her. But when we returned home still anxious and now exhausted, there was Chloe waiting for us on the back steps.

It took a long time but we finally realized that Chloe’s roaming habit was a mirror for our anxiety about losing control. After that we let Chloe do what she wanted to and we learned a lesson in trust.”

“But what happened to Chloe?”

“Eventually she ran off and didn’t come back. We asked around and posted photos but somehow knew that she would not be returning. Doris said she thought Chloe’s job here was done and she had reported back to the Elders."

Posted by Unknown at 1:20 PM No comments: 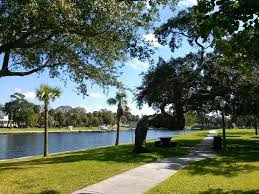 For many years I participated in the Florida outdoor art show circuit. During those years I set up my tent in venues ranging from parking lots and piers to cow pastures and river banks. One of the prettiest shows took place in Tarpon Springs in a park by one of the many bayous that weave through the beautiful city.

And every year I was fortunate to land the same spot right next to the water and under a lovely water oak tree. One of its spreading branches dipped low over the sidewalk, even forcing tall visitors to duck their heads. After a while the tree became the main attraction and more than one person called to their friends that the stately oak should win Best of Show.

Two long time collectors often came to the show in a boat and if I was lucky, they returned home with a piece of my art leaning in the stern. The quirky nature of the Tarpon show always made it fun to do.

But after several years my sales dried up and I began wondering whether I should even participate anymore. For every positive reason there were one or two negative ones; too hard to get to, no parking, no artist dinner, no sales.

During one particularly dismal show I had decided that unless some miracle happened I would not do it again. Sunday afternoon rolled around with only a couple measly sales to show for it and no miracle on the horizon. Against all rules, I decided to start breaking down my art display early. The worst they could do would be to blackball me from the show. Thank you very much. 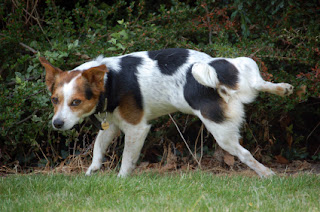 Around 4:30 I took several small pieces off the wall and leaned them against the display. Maybe I could get a jump on the other artists and say sayonara to Tarpon Springs. Just then, an old acquaintance stopped by to say hello and listen to my moaning about the show.

While we were standing there chatting, he looked past me to my display and broke into a broad grin. I turned just in time to see a dog of indefinite lineage lift its scrawny leg on one of the drawings.

Thus relieved, the cur sauntered off, leaving me, for once, at a loss for words. My acquaintance, when he was able to stop laughing, pointed at the disappearing dog.