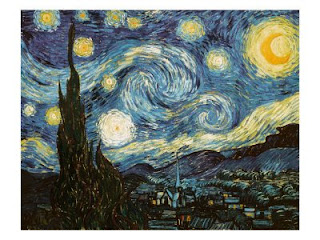 There is an astonishing exhibition of Vincent van Gogh's art at New York’s Museum of Modern Art (MoMA). “Van Gogh and the Colors of the Night” runs through January 5, 2009 and then travels to Amsterdam’s Van Gogh Museum (February 13-June 7, 2009).

The van Gogh we usually think of, the painter of passion, audacity, and exuberant brushwork, is more evident in his daylight paintings, such as Sunflowers or Wheatfield with Crows. But in his night scenes we see more restraint and a willingness to slow down and soak in the muted nocturnal colors.

Van Gogh was fascinated by night and twilight all his life. He wrote to his brother Theo that the night is much more rich and alive than the day. Terrace of a Café at Night is a wonderful example of this thinking.

My own fascination with van Gogh began when I first saw his work in art books my father brought home from the library. His art, so different from the older Impressionists, jumped off the pages and immediately became part of my visual unconscious. Later in Art History 101 I learned how van Gogh, along with Paul Gauguin, changed the course of modern art.

Years ago, two friends and I travelled around France for a month and ended up in Paris for the last three days. Eager to at last go out on my own, I snuck off one afternoon to the Musee d’Orsay, that glorious railway station turned art museum on Paris’ Left Bank. For over two hours I wandered from gallery to gallery, following a historical timeline of modern art.

My feet ached and my stomach growled, but, realizing Late 19th Century Art was just ahead, I soldiered on. Somehow I got behind a group of Japanese tourists and, thankful for their slower pace, dutifully followed along behind. Presently, we entered a large maroon-painted gallery and the Japanese stopped dead. Their excited whispers faded away, leaving the room in silence and me wondering. 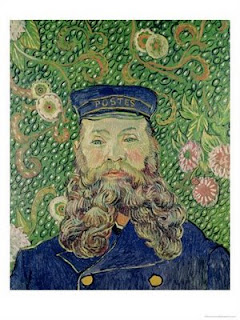 Gradually the shuffling throng parted and I could finally see what had so completely commanded their attention – a gallery full of van Gogh’s paintings. The affect on me was immediate and stunning. Here in one room hung many of the masterpieces I had known only through book reproductions. Here was The Starry Night and The Bedroom at Arles and the portraits of Postman Joseph Roulin and Dr. Gachet. I do not easily show emotion, but there in the Musee d’Orsay, Paris, France, 1989, surrounded by lots of Japanese and van Goghs, I cried.
Posted by Unknown at 12:30 PM 1 comment: 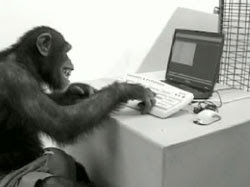 One of the first things I realized about maintaining a blog is you’re only as good as your last post. To get the word out and drive traffic to your site, you must write, or photograph, or film and you must do it often. There are, after all, millions of folks out in cyber-land eagerly awaiting your pithy and erudite stories. They cannot even begin their day without first checking in with you.

Today while pondering the heavy responsibility this places on me, I naturally began thinking about the evolution of technology. It took humans millions of years to invent the wheel and only five thousand years after that to come up with the automobile. Eighty-four years later, in 1969, man first walked on the moon. Thirty-eight years after that, really, only the blink of an eye, this blog was birthed.

This month is the first anniversary of that momentous event and the proper time to thank everyone who subscribes or stumbles upon this site. I also allow myself some satisfaction, knowing I’ve turned all this into today’s post, and can now go eat my oatmeal.
Posted by Unknown at 11:49 AM 1 comment:

Take A Trip To Tinytown 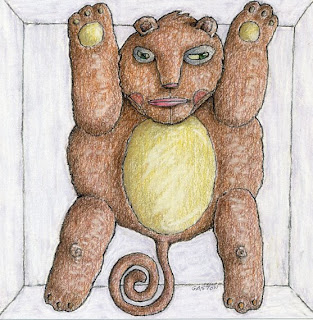 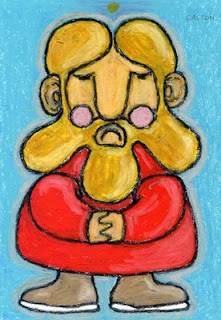 Here are two more new drawings done in oil pastel and chalk pastel. I will be exhibiting these and many similar works at the upcoming Art Festival Beth-El in St. Petersburg, January 24,25,26. They can also be seen at my studio. Contact me at dgaston@ij.net
Posted by Unknown at 12:32 PM 1 comment: 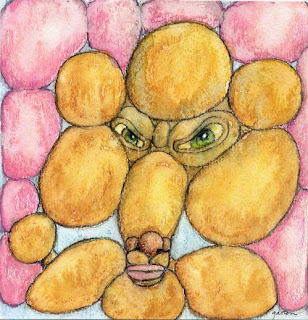 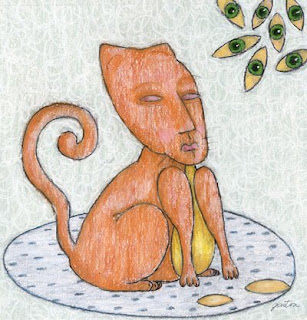 I am just now putting the finishing touches on a new series of pastel, watercolor, and ink drawings. Most are 8" x 8", shadow-box mattedand framed under glass. These are drawings of our favorite friends, as they have never been seen, and are attractively priced for purchase. I will post other examples in the following days. Please contact me at dgaston@ij.net
Posted by Unknown at 4:44 PM No comments: