The Target of Life 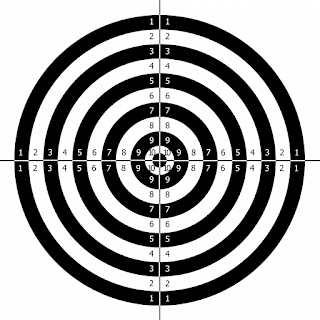 Before computer and electronic games took over, boys of a certain age wanted only three things; a bicycle, a baseball glove or a BB gun. I was that kid and when I turned nine my father gave me the gift for which I had long pestered him- a Daisy pump-action 50 shot BB gun. His simple hand- written card read, “Aim high at the target of life.”

For the first week I practiced on tin cans and bottles until one day I was drawn across the road to the abandoned orange grove. Maybe there would be some leftover oranges I could shoot.

About thirty yards from the nearest tree I noticed a rustling in the tall weeds and soon a covey of quail emerged. I doubted I could even shoot that far and without thinking raised the gun, sighted on the first quail and fired.

To my horror I hit it. The injured bird leapt into the air but fell heavily back to earth.  In a fit of pain, it ran in circles dragging its broken wing. Frightened and unsure what to do, I ran home and told my father.

I expected to be punished and perhaps have the gun taken away. Instead my father stopped work and sat down beside me on the couch. He told me the quail would never be the same again. Unable to fly, it would be easy prey for a hawk or a cat. “You need to go back and put that bird out of its misery.”

I ran from the house filled with anger and dismay. How could he say such a thing. Pacing back and forth in the yard, it finally dawned on me, I had no other choice. My anger now replaced by a gnawing dread, I picked up the gun and walked back to the orange grove.

I prayed the quail was only dazed and had flown away. Or maybe it was already dead. Either event would have let me off the hook. But no such luck. Nearing the orange tree, I saw that it was still there, sitting quietly in the green shadows.

At my approach, the quail roused itself, ran a short distance and stopped. It could not fly, that much was clear, but it was also very much alive. If I were to get a good shot, I would have to chase the bird down. And so I did, running through the orange grove after the quail, pumping the BB gun and firing away. In any other situation, it would have been a comical sight. But there in that moment, I felt like a bumbling shameful boy.

After a half-dozen or so wild shots, I saw that some had hit home. The quail slowed considerably and once more began running in circles. This time I was able to come quite close to the injured bird. I pumped and fired again and again, now hitting it with every shot.

But the quail would not die and could only flop about on the ground. I felt utterly alone and helpless. In such an agitated state, I remembered the big game hunter’s advice, “Always aim for the head." But with the bird’s flopping around, I knew that would be impossible.

I had to find a way to hold the quail still. The poor creature, now oblivious to me, came quite close. In a rush, I knew what had to be done. Quickly I placed my foot on its quivering body, took aim and fired. And with tears streaming down my face, I fired again and again until the quail no longer moved.

Then I turned, walked out of the grove and back to the house where my father waited. Without a word, I crossed the living room to the hall closet and placed the BB gun there. I never picked it up again.

Posted by Unknown at 3:58 PM No comments: