The Time My Father Invented Air-Conditioning 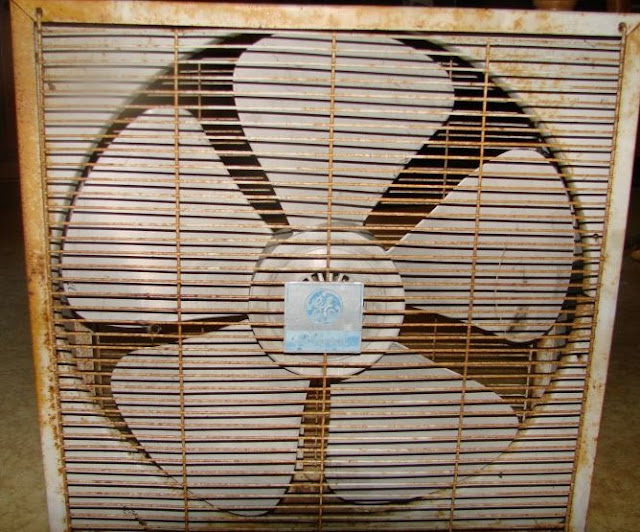 My 2018 Captain Marvel 16 month calendar just informed me that today, June 21, is the first official day of summer. Yeah right! Those of us who live in the Sunbaked State know better. What we call summer first arrives in these parts with the buzz of Cicadas and the low hum of countless air-conditioning units. And that would be sometime in May, depending on how close you live to the Coast.

Sitting in the cool comfort of this climate controlled home, it’s hard to remember a time without the miracle of air-conditioning. But such a time indeed existed in the sweltering Florida summers of my youth.

We lived in an old rental house with few amenities and although public buildings and people of means enjoyed air-conditioning, we did not. Window-fans, wet towels and sweating were the methods we employed to make living a bit more tolerable. But sleeping in such hot and humid conditions became nigh impossible. Waking from nights of fitful sleep, I often discovered sheets and pillowcases as wet from sweat as I was. Something obviously had to be done.

That’s when my resourceful father decided to put his inventive abilities to good use. He was, after all, a drop-out from Rutgers University’s Correspondence School of Engineering. Looking around with keen eye and mind, he hit on an idea to use three things we already possessed; window-fans, water and an abundance of Spanish moss hanging from backyard trees.

As my sister and I watched in silent amusement, Dad affixed sturdy metal racks to the backs of each window-fan. Onto the racks he draped several layers of fresh Spanish moss after first removing any little bug critters lurking therein. Finally with everything in place, he let hoses trickle water down over the moss and turned on the fans.

To our amazement and perhaps also to Dad’s, the contraptions worked. Air that the fans sucked into the house was cooler by several degrees, just enough to make living more pleasant and sleeping more peaceful.

Dad’s cool invention never caught on but for a short time in 1956 his ‘air-conditioners’ were more important to us than the ones built by that other Florida inventor, John Gorrie.