Here is a studio interview from a few years ago. I just now learned how to convert it to YouTube.
Posted by Unknown at 3:15 PM 2 comments:

The question of what is art and what is not art remains a hot button issue and has resulted in much debate and even name calling in internet chat sites. Volumes could be written about the differences, but the single most important factor in determining art has always been the maker's intent. In the three examples above, only one was intended to be an art work when it was created. Over time, all three have become regarded as works of art. That raises the question, "What is the value in calling something a work of art?"
Posted by Unknown at 9:47 AM No comments:

Labels: what is art?

﻿﻿﻿Last evening I attended an invigorating exhibition reception of the Florida Artist Group. Held at the Beach Art Center on Indian Rocks Beach, the show highlights the diverse work of Area 4 FLAG members. FLAG is a statewide organization and the oldest artist run group in Florida.
﻿

﻿These are not simply Sunday painters but bona fide professionals who create art Monday through Saturday, and yes, even Sunday. The level of vision and competence is extraordinary and I'm proud to be a member.
﻿﻿

﻿﻿﻿﻿﻿﻿﻿﻿﻿﻿﻿﻿﻿﻿﻿﻿﻿﻿﻿﻿﻿﻿﻿﻿In late summer 2007 Jenny Carey of Flair Magazine interviewed me for the Magazine's October issue. She and  staff photographer Will Staples spent nearly two hours﻿ at my Dunedin studio talking about  and  taking photos of  many different art pieces.
The pictured works were two new pieces that made the final cut for publication.Two months later they were all gone when a horrific fire swept through mine and other artist's studios.
Looking back now, it seems a perfect example of how life can change quicker than a brush stroke.
﻿﻿﻿﻿
﻿﻿
﻿﻿﻿﻿
(top: Clouds of Vincent, mixed-media/burlap, 2007. bottom: Falling Man, mixed-media﻿﻿﻿/wood, 2007)
﻿﻿﻿
Posted by Unknown at 8:35 PM No comments:

First of all, let us phase out another tired cliche, "local artist." The term, when used in the media, has come to infer that the artist is not quite ready for full artist status.

In that way of thinking, artists live in cities like New York, Paris or London, while local artists toil away in Podunkville longing for the big leagues.

Even cities that promote themselves as art meccas still freely use the pejorative moniker local artist. Most art museums would never consider mounting an exhibition of a local artist.

In the all inclusive sense of the word, we are global artists. When we stand at the easel, artists tap into a creative spirit that cannot be limited by other imposed boundries We derive our inspiration from world events as well as the back yard.

"Local" comes from the Latin word locus which means "place" and for artists, our place is the world.
Posted by Unknown at 9:37 AM 2 comments:

Posted by Unknown at 9:55 PM No comments: 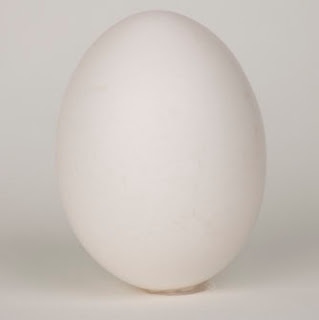 In 1964, as it became apparent American kids would be going to Viet Nam, I made the easy decision to go to college instead. In the following weeks I slogged through mind numbing courses on logic, calculus, and earth science, more than once wondering if I had made the right decision.

My first art class, Basics of Drawing, promised to be a piece of cake by comparison. After all, I had been drawing since first grade, so how hard could a beginning course be. There were seven of us in the class, all veterans of excellent high school art programs.

Our smugness that first day lay thick like gesso. Our air of superiority lasted all trimester. Exercises on contour drawing, gesture drawing, value drawing, and shapes were no match for the Magnificent Seven.

By trimesters end, all of us felt certain we had aced Basics of Drawing. But, instead of accolades came the unwelcome news that there would be a final exam. After much rolling of eyes and grumbling, some decided it might be smart to hit the books the night before. Book knowledge, it turned out, would not prepare this group of over-achievers.

Next day, Mrs. Bedeau, a no-nonsense and usually punctual woman, strode into class ten minutes late. And as if to heighten the growing suspense, she said nothing, but looked at each of us in turn. A faint smile crossed her face.

“Your final exam today will be a drawing assignment.”

Turning away from us, Mrs. Bedeau placed something carefully on the drawing stand. Then standing aside, she pointed down at the small object.

“I want you to spend the entire two hours drawing this.”

Before anyone could respond, she was out the door and gone.

All of us moved in to get a better look at that mysterious object. We gazed in astonishment at that which would determine our final grade in Basics of Drawing. It was an egg.

Mrs. Bedeau, in her wisdom, had picked the perfect object with which to deflate a group of art prima donnas. Designed by nature to make life easy on the hen, the egg is neither a circle nor an ellipse, but a combination of the two- a spheroid.

I took one look at that little ovo and knew I was screwed. None of the failsafe methods we fell back on would suffice this time. Outlines would not work for there were no lines. Texture was nowhere to be found and contrast existed only as a subtle difference between egg-shell white and the off white drawing stand. I could not detect a single light source since the room was bathed in an irritating ambient glow.

Nothing would do but to start all over, first by simply looking at the object, in this case an egg, in a new way. After a while, I began to notice minute tonal shifts on the egg’s surface. I found what I thought were the points where the circle and ellipse joined, the lightest area. And that is where I began drawing.

Two hours later, my finished drawing looked stiff, awkward, and altogether un-egg like, but that was the exact moment when I began learning how to draw.

Posted by Unknown at 9:34 PM No comments:

﻿﻿﻿﻿ ﻿ My father, Richard Gaston, a cartographer and publisher by trade, took up painting in the late 1940's. He especially loved the German abstract painters and invented his nom d'artist Kandauer, combining the names of German painters Wassily Kandinsky and Joseph Bauer.

After I moved away from home to make my own mark in the art world, Dad gave me one of his favorite pieces called Silent Sentinels. The work seems to say a lot about the artist - a person with deep and complex roots, but silent and closed off to the world. At least that is the feeling I had of him, perhaps reflecting some of my own cloistered insecurities.

Silent Sentinels has been a companion ever since, moving with me many times and becoming a featured piece in my growing art collection. Recently, some old letters from my father resurfaced and forced me to reconsider my ideas about him. Written in masterful cursive, the letters reveal the hopes, dreams and doubts of a man and an artist as he confronted himself and an often indifferent world.

The letters covered a brief time frame when I struggled with acceptance and my own sense of identity. Rereading them after forty years gave me a shiver and brought me closer than ever to a man I wished I had known better.

Artists talking about the creative process often try to impress us with high-faluting art speak. Others babble on too long about how great their art is. Here at last is an instructive and funny look at art making and getting unstuck.

Posted by Unknown at 6:24 PM No comments:

Labels: making art or not

Waiting For The Paint To Dry

﻿﻿﻿
﻿﻿    ﻿﻿"Waiting for the paint to dry" could be a metaphor for the many times I am not painting, whether seeking out inspiration, thinking about what to paint or simply cleaning out the studio. These are all important and necessary precursors to the desired goal of putting paint on canvas.

They may also exist as thorny obstacles to that becoming thing - the lonely challenge of creating something from nothing. Today and yesterdays seem as if the paint will never dry.
Posted by Unknown at 1:35 PM No comments:

Seen And Not Seen

Looking at art is different from seeing art. Looking at art can be a casual glance as when one scans the environment while walking, taking in the barking dog, the mailman and passing traffic.
When a person enters an art gallery, they quickly look all around until a certain piece catches their eye. Standing before the work, the process of seeing can begin. The painting’s content, color and composition actively engage the senses. Questions may arise and some kind of appreciation begins forming at a subliminal level.

If a certain art work affects us in a profound way, there can even be a physical response.

Jackson Pollock’s paintings take our breath away. Renoir’s color drenched pieces convey joy and contentment. Seeing art in this sense, is analogous to understanding it, not in some bookish intellectual way, but as a more personal and satisfying experience.
Posted by Unknown at 2:45 PM No comments: