Are There Any Questions? 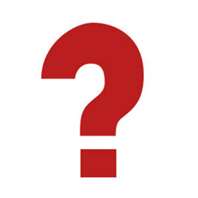 Standing before a blank canvas is a lot like watching a Woody Allen movie, but without the humor. Poised there with paint brush in hand, the artist gets a dreaded sense of the daunting task ahead. As with Allen’s movies, there is always the big question, the existential huh – “What does it all mean?” quickly followed by “What can I say that hasn’t already been said?" Rendered immobile by unanswerable questions, artists are often stopped cold before they even begin.

I have read that throughout his career, Allen has been able to disregard his outer and inner critics and rely on his own instincts. The results have been a collection of truly marvelous films and a few that were just average. He made mistakes along the way but was able to put them behind him and move on to the next project.
The biggest challenges for any artist seem to be the courage to begin and the courage to begin again.
Posted by Unknown at 12:23 PM


This I needed to read. Thank you and I wish you over and over again much motivation and inspiration. great work you create.

Hi Tilly,
Thank you for your kind words.
Denis