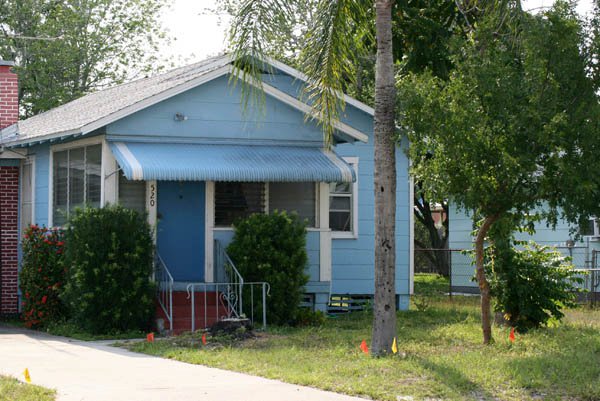 Police in Clearwater, Florida arrested a local man early Friday morning on charges of being an artist.

Denis Gaston of 520 S. Keystone Ave. was taken into custody without incident after neighbors reported him acting funny and they didn't know why.

"Well, he worked late at night doing something on the front porch," said next-door neighbor Dillard Pike. "Visitors always had to come in the back door."

"And he sat in his back yard a lot, just sitting there doing nothing," added Pike's wife Martha. "He was nice enough but we just never suspected this!"

"I've been on the force 27 years and I've never seen anything like this!" said Clearwater detective Elvis Murkle. "Paint everywhere, even on the ceiling, like there was some kind of fierce struggle."

Gaston remains in the city jail, awaiting a panel of experts evaluation of his mental state.